Pentatonix : The Evolution of Beyoncé 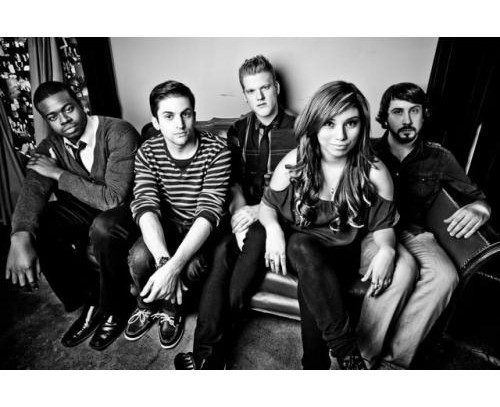 Pentatonix : The Evolution of Beyoncé

So,normally i won’t post like “random” stuff in here, or just use this website as a blog. But i’ll mostly post my own work and pictures here. But for now, i want to make an exception. There’s a bunch of cool people, calling themselves Pentatonix. Nothing special ? Better think twice before you say that.

They already have a debute album on iTunes that you can order. But they also have an amazing YouTube Channel where they post their clips/videos/making of’s/interviews.. which makes it all pretty legendary. They’re touring and promoting their second album,called PTX Vol. 2. You can preorder the album right here.

Their latest video was again pretty amzing. They’ve made a Beyoncé medley to ‘show’ how she’s improved throughout the years of her career. Queen B already saw the video herself and was very thankful for it. She even shared it on her own website ! (karmapoints for Queen B!)

The reaason why I make this post? Very easy.  Those guys (and girl) are so awesome. They perfectly blend into 1… And as i’m also loving beatboxing.. Yep, love those guys.

Take a look & listen to their Beyoncé Medley and their cover and video of Macklemore’s “Can’t Hold Us” .. it’s simply A-MA-ZING.
Pentatonix – The Evolution of Beyoncé